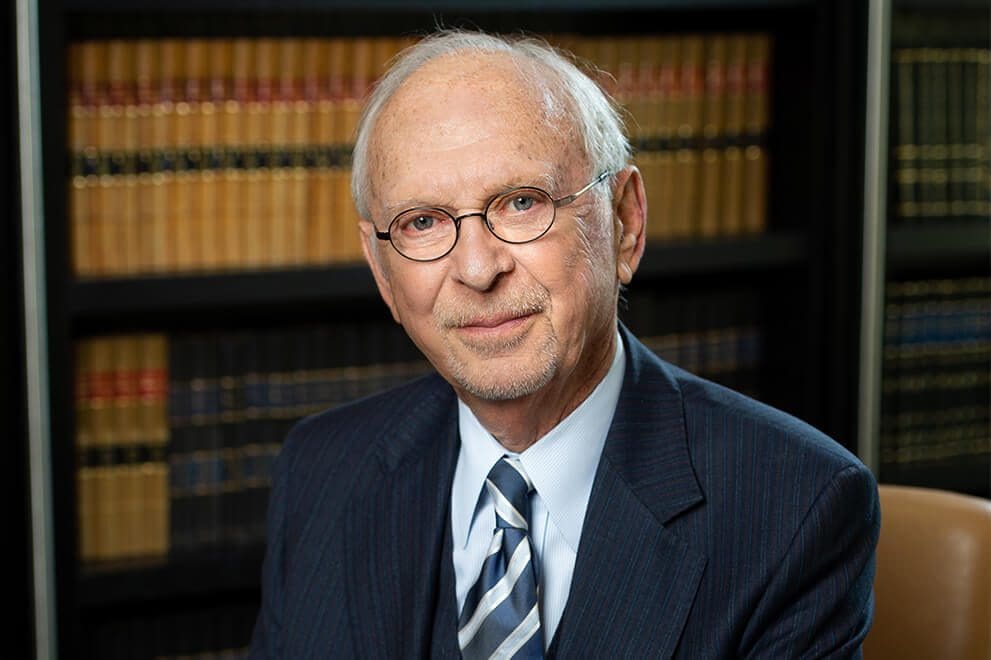 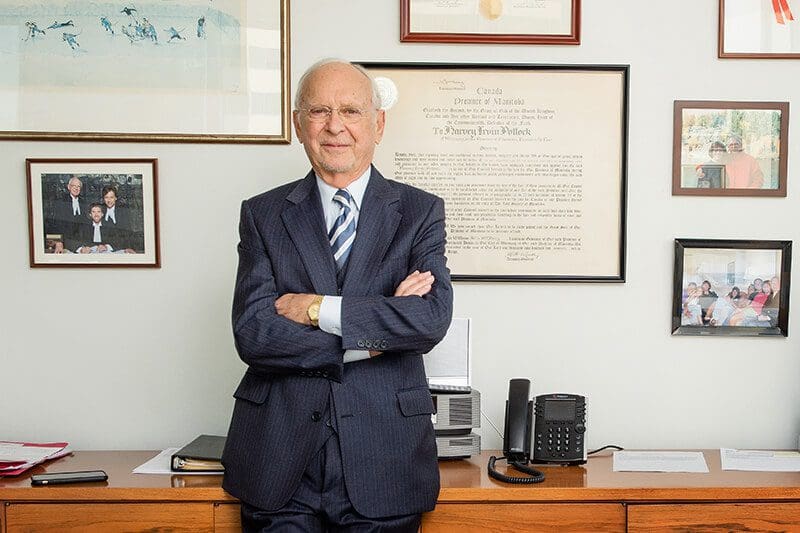 Harvey Pollock is the senior member of Pollock & Company, and is widely recognized for his considerable litigation experience.

Harvey graduated from the University of Manitoba Law School in Winnipeg in 1957 and was called to the Manitoba Bar in 1958. He served as counsel to the Children’s Aid Society of Winnipeg until 1960 when he opened his own law office. Until 1982, he also acted as counsel to the firm of Greenberg & Greenberg in Portage La Prairie.

Harvey is proud to be practicing law with his son Martin and his grandsons Noah and Ethan.

In 1970, Harvey was appointed Queen’s Counsel.

Harvey has acted in many matters affecting First Nation peoples’ rights. He provided counsel to the initiators of the Manitoba Indian Brotherhood. In recognition for his tireless work with First Nations, in 1970 he was made an Honorary Chief of all First Nation Bands in Manitoba.

In 1994, Harvey received an Honorary Degree from the Manitoba Society of Certified Engineering Technicians and Technologists.